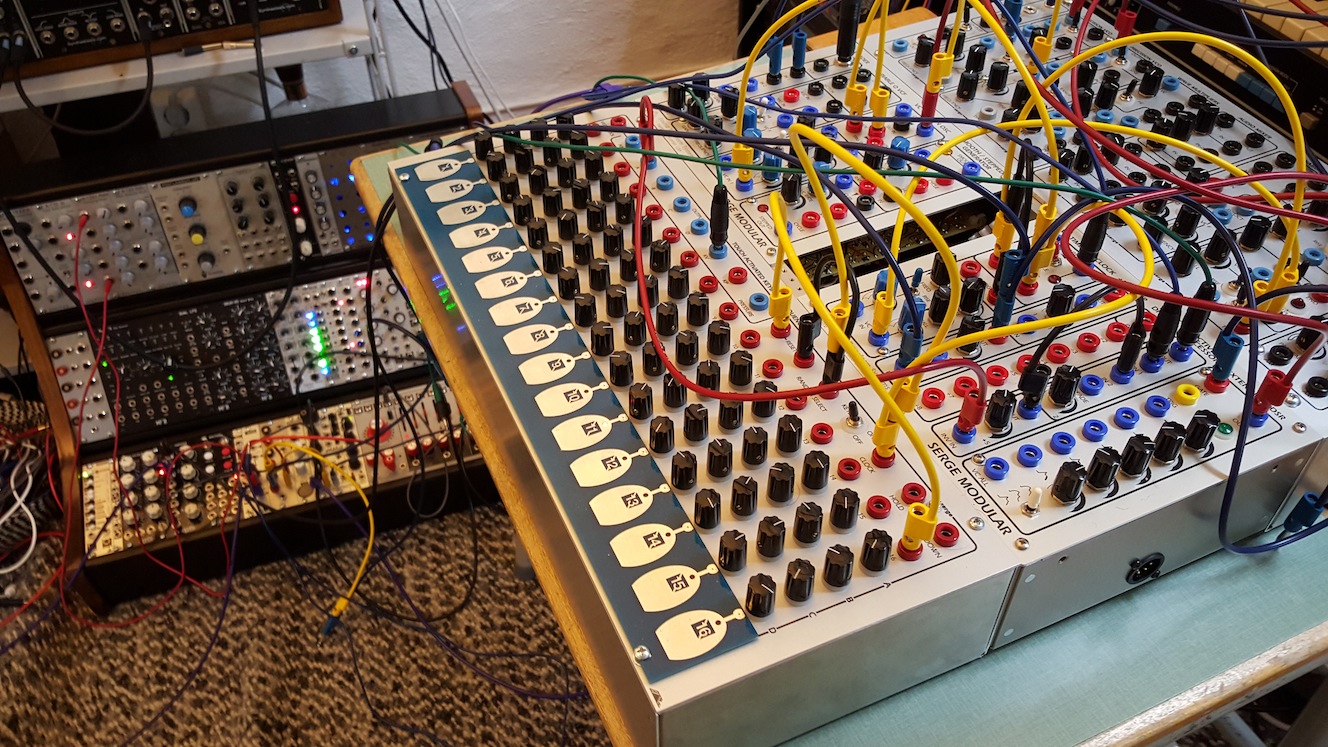 Here’s a “Whac-A-Mole” type game made on a modular synthesizer, acting as an analog computer.

We got excited at the office over some images of old analog computers. This is a pretty fresh look for a machine:

Analog computers are speedy with computing real time data, for example doing simulations or calculations of natural data. Not with the best precision though, due to analog noise. Digital values of 1s and 0s of course eliminates this noise. Hybrid computers, with analog speed and digital precision, were produced far into the seventies and some were still used in the 00s. TV graphics in the 70s and 80s were often made on analog computers, a popular system was the Scanimate.

So these cute analog computers with jacks and knobs ought to be far gone, right? Well the other day i realized we actually had one in our office, at least a close relative – the modular synthesizer.

Normally a sound creating machine, but why not simulate commuter train delays or calculate taxes with this thing? Or hey, let’s make a game.

It’s a game of reaction. You’re supposed to touch the plates as quick as you can when they light up. The quicker you are the more points you’re given. The score can be read on a volt meter during the game. The synths also got to make some game sounds.

The video at the top shows Pärs best round, scored over 100. Jakob tied that later though.

The setup is like this: An accelerating trigger pulse loop lights up new random key. The selected row output sends out a set voltage. When you hit a key with your finger another jack outputs a different voltage. These voltages were inverted, attenuated and summed to zero volt when you hit the correct key. A comparator triggers on zero volt = score. Along with the original trigger pulse we also got a sloped output and when Pär scores we “sample” the curve with a sample and hold module, which gives you more points the quicker you are. The sampled value get mixed together with itself, i.e. the previous sampled value, so the score accumulates over time.

Hooking up the voice intercom to Slack 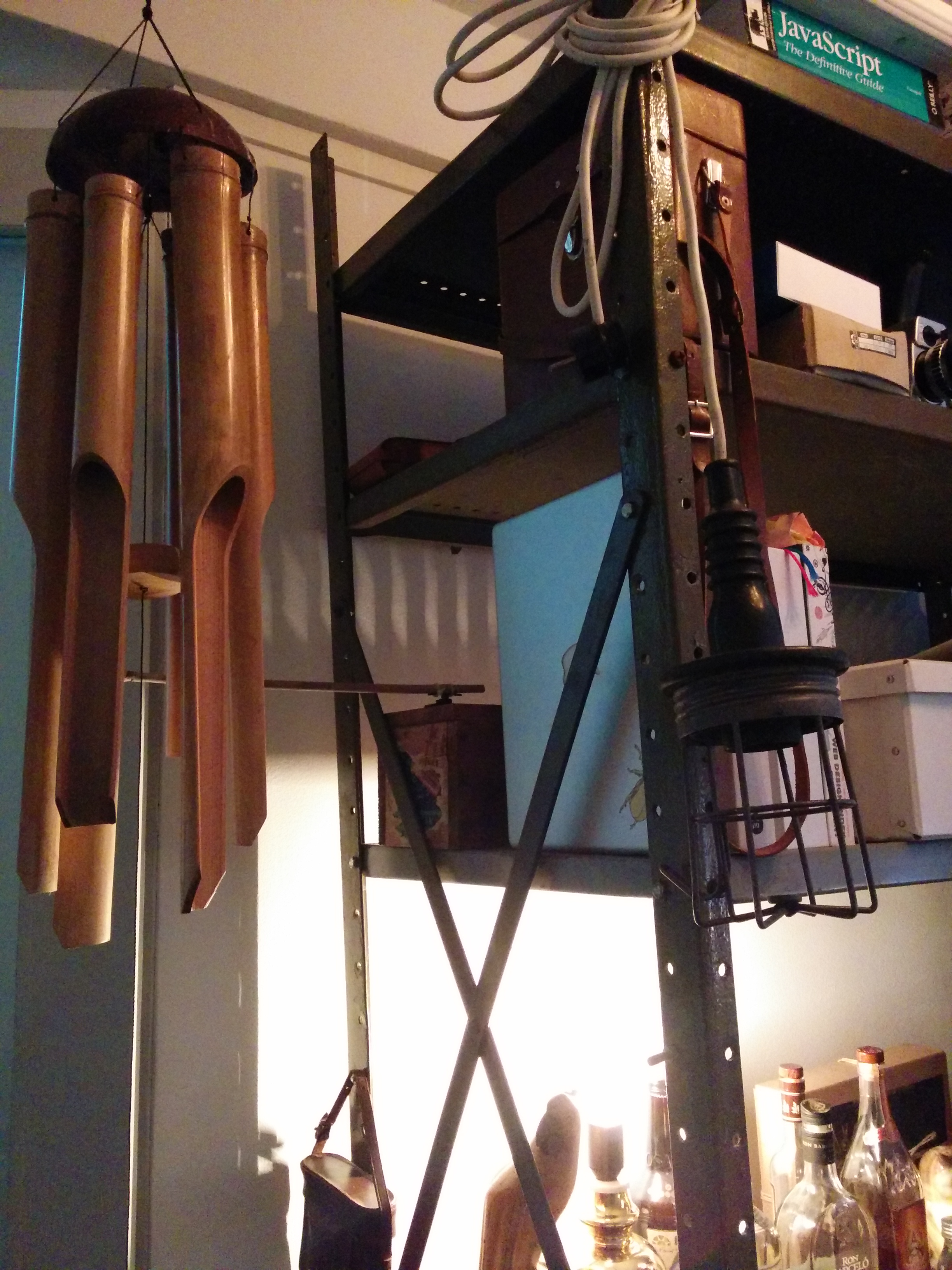 How to make a wind chime door bell